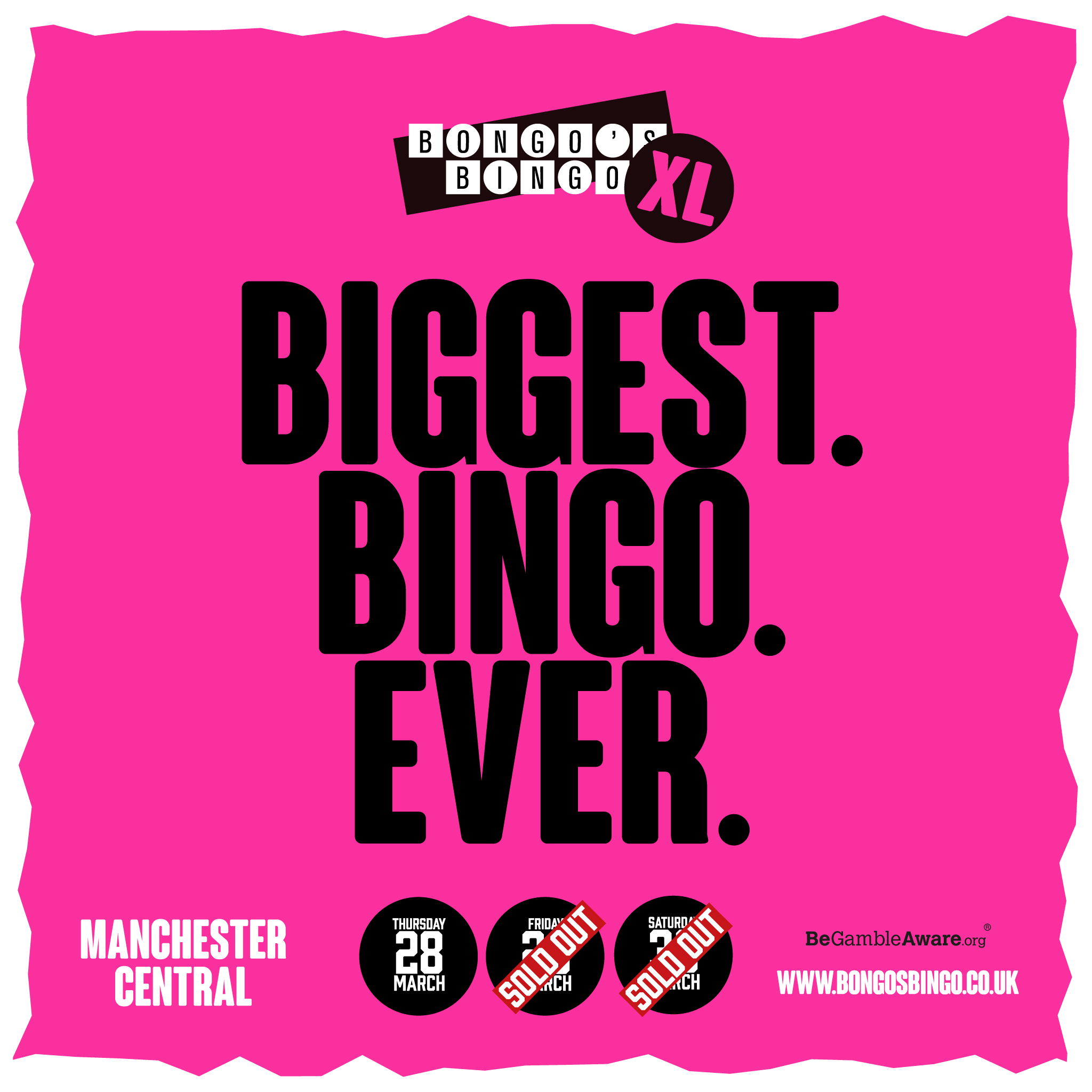 Taking place on Thursday 28th, Friday 29th(SOLD OUT) and Saturday 30th (SOLD OUT!) March, this HUGE triple-date weekender will bring the Bongo’s Bingo magic to the stunning Manchester Central right in the heart of the city.

Bongo’s Bingo XL will form an occasional series of huge shows across the UK, taking place in much bigger venues alongside the existing flagship events.

They will feature spectacular production and enhanced sound, amped-up prizes and the chance to experience the ground-breaking magic and mayhem in some truly grand locations.

Making their Bongo’s Bingo debut in March are Simon Webbe and Lee Ryan from Blue, one of the UK’s most successful boy bands ever. Launching to critical acclaim and fame in 2001, Blue have sold over 16 million albums and 40 million singles world-wide.