Bongo’s Bingo has only gone and just turned 5 years old! 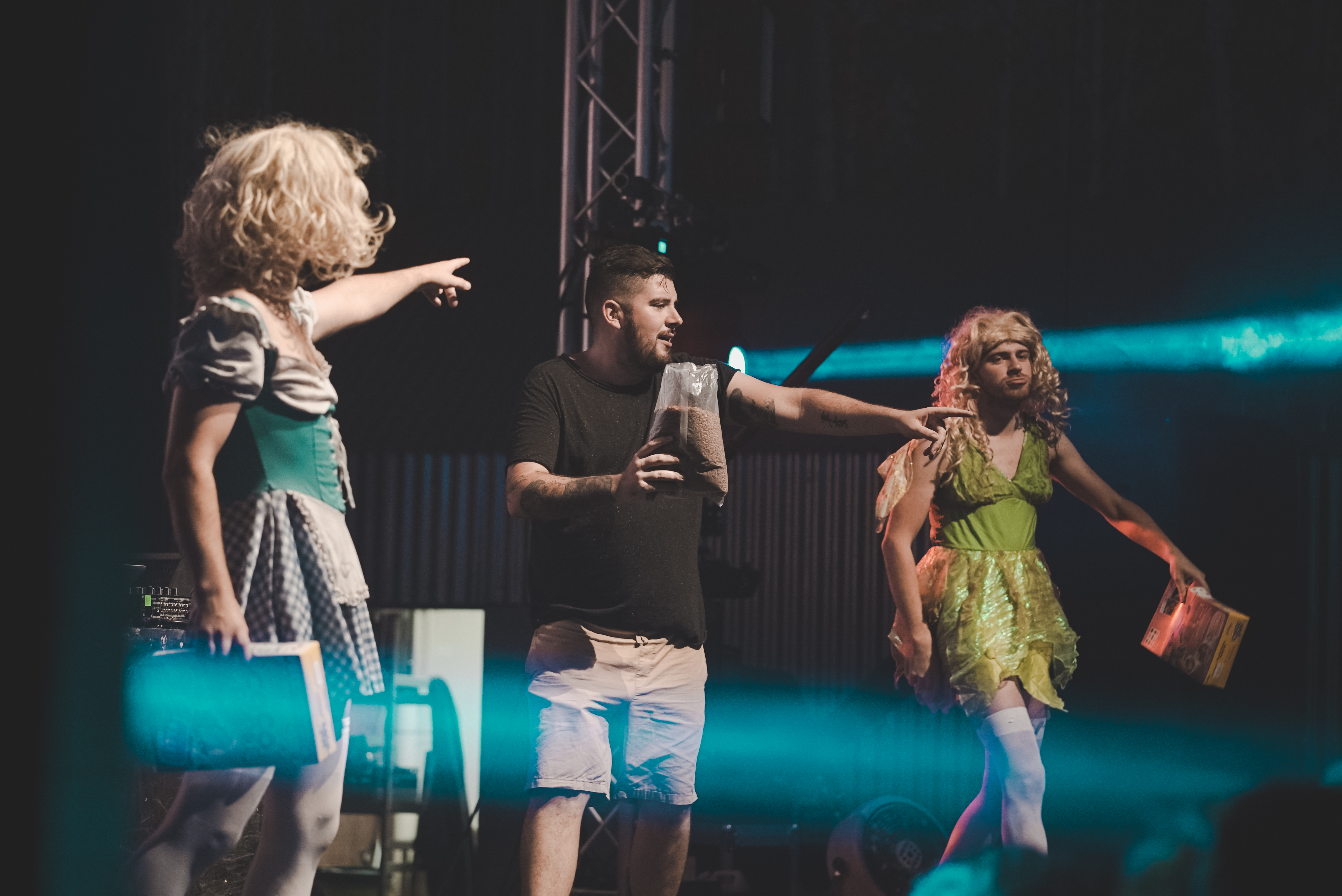 Bongo’s Bingo has only gone and just turned 5 years old! Whilst toasting a glass of Southern Comfort on Zoom in isolation we thought  we’d take a look back at how we got here today.

Jonny Bongo and Josh Burke had been working together in the Liverpool events scene when they decided they wanted to try something completely different. The idea of reinventing Bingo for a new audience with sh*t prizes, rave rounds and drag dancers had a certain appeal.

It wasn’t long until the big night was here, the very first Bongo’s Bingo! It was clear right from the start that the lads were on to a hit with queues wrapping around the venue. The long Oktoberfest style benches and tables were packed with 400 people, drinks and bingo books. Jonny Bongo was joined on stage with our very first dancer Sweaty Betty who has since hung up her dancing shoes and now works in the Bongo’s Bingo office. Prizes that night included a Shaggy CD and Bentos tinned pie as well as some cash.

Within the first year we began expanding outside of Liverpool. Jonny, Josh and Sweaty Betty packed into a car and brought the Bongo’s Bingo show to Manchester and Leeds with more sell out shows.

Into the 2nd year of Bongo’s Bingo and growth came quick. New venues were recruited across the UK including Glasgow, Newcastle and London. The prizes became bigger and we even started to welcome celebrity guests onto our stage. David Hasselhoff called the numbers, The Cheeky Girls gave away a Porsche and Kelis moved to the UK for 2 weeks to perform at a load of our shows.

Not only did our shows get better, they got bigger! Bongo’s Bingo XL became a thing with Manchester Central hosting 4,000 bingo players for our biggest ever parties.

International shows become a thing too with European shows in Paris and Amsterdam alongside our summer residencies at Ibiza Rocks. Atlantis The Palm soon began hosting parties and our Australian tours became legendary.

We’re still very much firmly rooted in Liverpool, with our dog friendly head office in The Baltic Triangle area of the city as well as our own purpose built venue, Content which hosts Bongo’s Bingo parties twice a week. Across the business there are over 130 people employed, significantly up from the original 3.

As our 5th year approached, Coronavirus began to bite and the UK, along with much of the rest of the world, entered lock down. Not wanting to stop our parties we moved online with 14 streams on our Twitch social media profile and two on Facebook in partnership with LADbible. Over 2 millions viewers tuned into our streams with heaps of Bongo’s prizes given away including an all expenses trip to LA. You can rewatch the streams here.

We’d never have thought that 5 years following our first Liverpool show we’d be nearing 2 million tickets sold.  To that, we thank each and everyone of our amazing customers who have supported us over the years. Five years in, and we are raring to go for the next five years and beyond.

Bongo’s Bingo is a wild shared social extravaganza and a night of pure nostalgic escapism, with the chance to win iconic prizes from giant pink unicorns and Henry Hoovers to mobility scooters and karaoke machines at each and every show.

It’s immersive, inclusive and incredible. Everyone from 18 to 92 plays and parties together. There are no barriers and no limits.

Never miss a show again! Update your postcode below to ensure you get ticket announcements for your closest Bongo's Bingo: