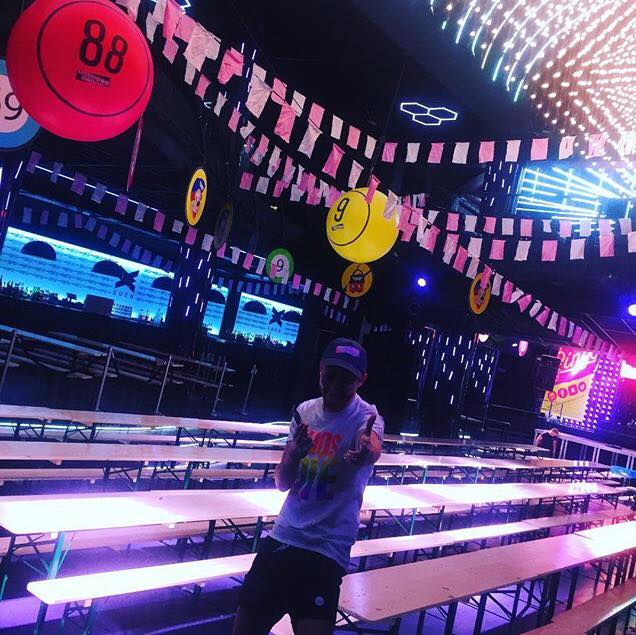 THE FINAL SHOW IN IBIZA

Tuesday 25th September marked our last event of the summer in Ibiza! Throughout the season we put on 18 shows at Eden, San Antonio, one every Tuesday night and an additional Friday night show for ‘Scouse Week’, meanwhile around 100 bottles of Bucky were digested…

Naturally, the whole team wanted to be there for the Closing Party so we all booked the week off work and headed out to the White Isle for one last week of summer madness.

The show was one of the most packed so far with over 750 people who turned up to party with us and join in our last night of chaos on the Island. A lot of the attendees were regulars, workers in ibiza who returned every Tuesday for their weekly fix but there were also a lot of UK holiday go’ers there too who had attended our shows back home.

All in all, the show went off! Just as you’d expect really. We had a man in his 60’s doing a strip tease for us on stage, we had an audience member crowd serving on an inflatable duck and we had three topless guys performing ‘It’s raining men’. Standard.

One of our favourite reviews of the season is from Ibiza Spotlight: “There aren't many times I'm absolutely flabbergasted by what I experience in Ibiza clubs, but Bongo's Bingo definitely was one of them. It's one of those of parties that you can't help but just smile and laugh at the madness that's happening around you.”

We had an amazing season in Ibiza partying with you absolute legends and we can’t wait to return next year!!